Some changes have to be made to go from DIRECT SPEECH to REPORTED SPEECH.

REPORTED SPEECH is one step in the past from DIRECT SPEECH, because it happens after the original words were said.
So the verb has to change.
- LIKE playing becomes LIKED playing.
- LIKED pasta becomes HAD LIKED pasta.
All the correct verb changes are shown in these diagrams. 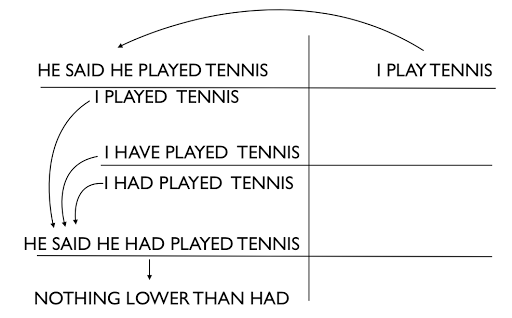 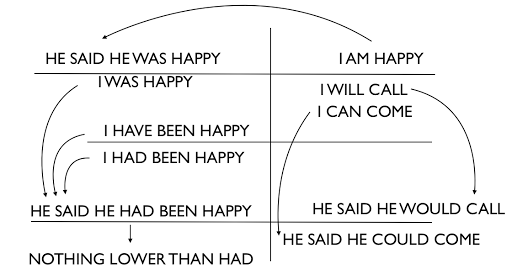 The pronouns also need to be changed.
- I like.... becomes HE liked.

You need to be careful when working with questions in REPORTED SPEECH.
They will be discussed in the next section, along with time elements.

"I have been thinking."

My sister said she had never played chess before.

They warned me not to go.

My coach told me I had to practise every day.